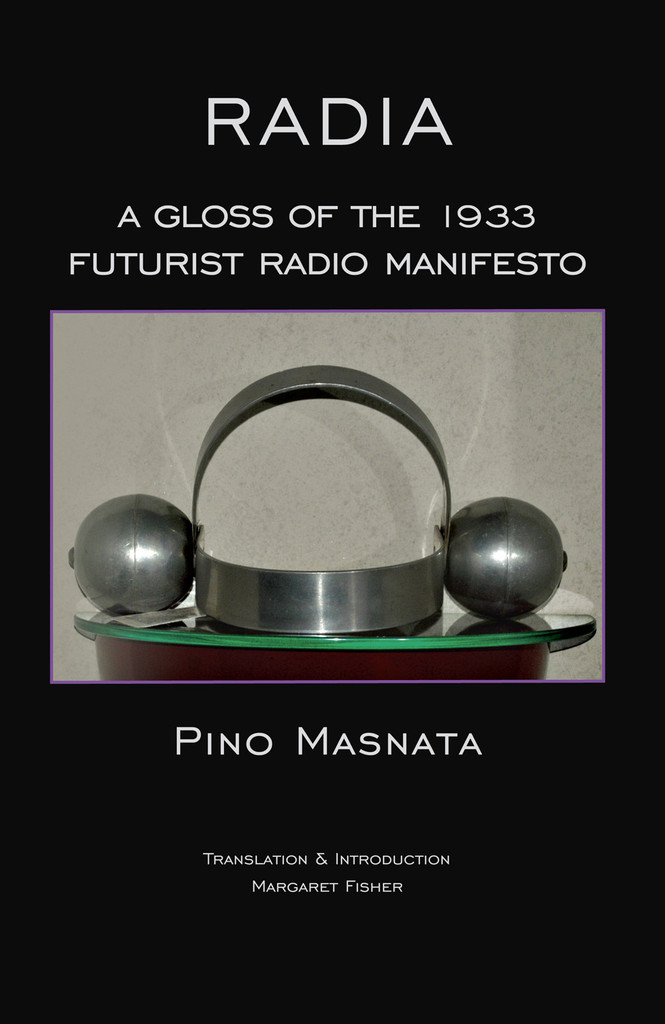 Pino Masnata, co-author of the 1933 Futurist Radio Manifesto with Filippo Tommaso Marinetti, wrote a second work, “Il Nome Radia,” to explain the first. Masnata’s gloss securely places the Radio Manifesto within the context of “new” physics—what Kenneth Ford calls “the physics of the very small” and “the physics of the very fast.” The intent, however, is nothing less than to conquer the infinite cosmos with the acoustic art of radio and the exploitation of the electromagnetic spectrum by Futurism’s “new man.” Worried that the manifesto’s abstruse references to wave motion and the behavior of sub-atomic particles might be overlooked, Masnata—surgeon, soldier, poet and playwright—wrote,

“The Futurist Radio Manifesto needs some explanation because it contains a synthesis of numerous modern scientific and artistic tenets. Only someone who stays informed of the current trends in human ideas can understand the full significance of our Manifesto and dispense with the explanation.”

The introduction and annotation of the gloss by the translator places Masnata’s contribution within the context of politics and science in Italy in the 1920s and 30s. Analogies drawn between paroliberismo and quantum physics will be of particular interest to text sound and language poets. The book has 20 plates, including photographs from Masnata’s personal scrapbooks. Appendices include translations of nine of Masnata’s radio sintesi never before published in English, a translation of Marinetti’s radio reportage of Italo Balbo’s triumphal return from his 1933 transatlantic crossing, and a first-ever catalog of hundreds of listings of Futurist radio programs and broadcast-related documents by and about the Futurists—photographs, reviews, articles, photographs, cartoons, and advertisements. Your Futurist library will not be complete without this volume.

Tables of over 300 Futurist Broadcasts dating between 1925 and 1943. Translation by Margaret Fisher.