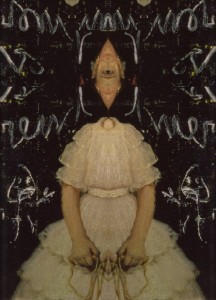 The Empire of the Butterflies -info & audio in Kunstradio-ORF

Laetitia Sonami and Jocelyn Robert have matched up for the finalisation of their trilogy of sound pieces dealing with silhouettes, borders and the outside. Started in 1999 with the piece Le Crachecophage, the series continued with Les Scaphandres (both released on CD) and is now completed with a new radio piece produced in Vienna in collaboration with Kunstradio.
The trilogy deals with silhouettes, and in the third part the two artists have undertaken the difficult task of acoustically analysing the silhouettes of a city, ie. Vienna.

“All 3 projects have grown from our reflections on the idea of a silhouette: if one can trace the silhouette of an object, what is the contour of a time-based piece? The first two works were produced by Radio-Canada, under the guidance of Mario Gauthier, and co-produced by Avatar Quebec. The third one was produced by ORF Kunstradio.”
Jocelyn Robert and Laetitia Sonami