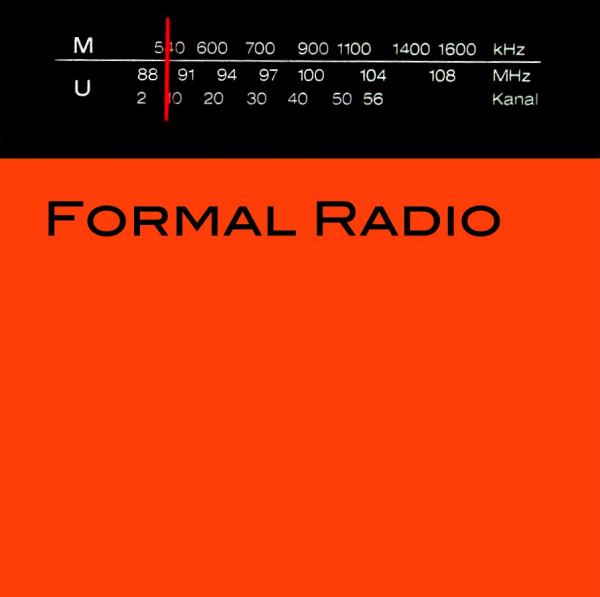 Formal Radio is an attempt to portray todays radio. It is a 24 hour ride through German radio stations and programmes compressed into 15 minutes.

Depending on what we found characteristic in a programme, we looked for a suitable method of deconstructing and reassembling the material, in order to unfold and turn it inside out.

We were interested in the form of communication rather than in its content, and therefore freed form from significance while searching for some kind of sub-language.
With just the focus on how people communicate in radio, the listener is able to reflect more clearly on the aims of communication and to perceive the mental attitude behind entertainment and information.

A popular function of radio is: to take one’s mind off things, (musique or in this use: radio d`ameublement). In this sense we cleared radio of all distractions. We took away as much as possible and would be glad if – for popular use – the old function still remained.

Formal Radio is a condensed form of radio, it is in some way a new radio format and you will not need an interpreter.

You have to be logged in to listen the entire piece

Quote from the Prix Europa jury report:
“…In an intelligent an witty manner, the programme-makers have made a parody on our own medium, exposing the clichés of radio and questioning the ways in which radio shows are made.”