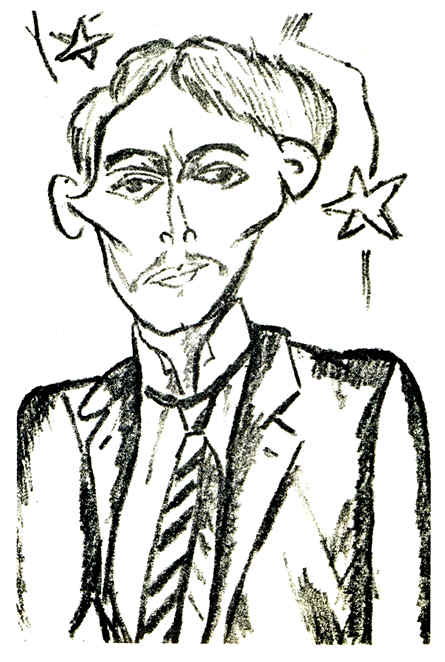 [Muteness or the language of liberated humankind]

Concept and the script.

At the beginning of the century a group of young poets, artists, composers got together to find new sense and role of Art in the society.

They saw how art overloaded with the ballast of classical heritage was sinking in the sea of petite bourgeoisie  interests. The futurists rejected the role of an artist serving the public as a footman and a lackey. The public that had main demand: ”Let me see beauty like on the stage of  Bolshoy ballet”.

The futurists didn’t want to be servants but creators of new Art, new world and new universe. New sound language – “language of the liberated humankind”-, based not on the meaning of the word, but on its sounding, was supposed to be  the  first  step towards  the Future.

You have to be logged in to listen the entire piece.

New language was supposed to reform all kinds of arts, even such traditional, as an opera. “Victory Over the Sun”, libretto  by Àlexey Kruchonyh and Velemir Khlebnikov,  music by Matushin, stage design by Kazimir Malevitch became a manifesto of struggle against petite bourgeoisie  in the field of  art.

The new aesthetics alone is not capable to change the life on earth.  The iron rails of technical progress leads humankind into the future. The futurists failed in love with the machines. They heard new music in the clatter of steam trains  and factories. Clang of metal   pretended to be new harmony of spheres.

“The Factory” by Mosolov became, probably, the most  successful realisation of these ideas.

The First World War had made the futurists to realise that  technical development without social progress leads to a slaughter. Some of them with their own bones and lungs experienced the impact of scientific  achievements  turned into  shrapnel shells and  poisoning gases.

Way into the future lies through the social progress.  The futurists perceived Bolshevik revolution in Russia as a big bang which  precedes to the new universe. With the enormous enthusiasm they became to contribute to a new socialist culture.

However Futurists’ love  with the Bolsheviks was unshared.  At the beginning 30s the futurists were out of the Soviet literature of “socialist realism”. What the authorities needed were not complicated experiments, but simple glorification of Stalin’s regime. The futurists were doomed to the muteness. Before 1931 the poet Alexey Kruchonyh had published more than  30 books. After 1931 and before his death in late 1960s he had not published a line. To Alexey Kruchonyh the authors dedicate this piece.